The Termite Colony and Castes

Because termites are social insects, they live together in colonies. A colony comprises around 100 to 1 million termites, depending on the species, and consists of different castes. Each caste has a structurally distinguishable form and plays a specific function in the community. There are three principal castes in socially advanced species – the workers, the soldiers and the reproductives.

The King and Queen

For a termite colony to continuously grow in number, they have a royal pair – the king and queen – whose sole purpose is to reproduce. The pair are the primary reproductives, which have left their previous colony to establish a new one. Termite kings and queens have the longest lifespan in the colony, which can reach about 20 years for certain tropical species. Due to its role in the production of eggs, termite queens can become 20,000 times larger than that of the size of the workers.
The queen termite can lay as many as 30,000 eggs in a day that its abdomen becomes so distended, preventing the queen from moving about in the colony. The queen may have a central cell in the lower area of the nest, where the king remains close by. As the royal pair ages, the reproduction rate decreases and may require assistance from supplementary reproductives. The supplementary kings and queens ensure that the colony will continue to thrive.

Although all the castes comprise both sexes, the reproductives are the only ones with fully developed sexual organs. Reproductives are darker in appearance than the other forms, and they are more likely to survive the lack of moisture after leaving the parent colony to build their own. They are also fully winged, enabling them to fly out of their colony.

Workers are typically the most in number in a colony and the smallest among the adult forms. The function of the workers include feeding and grooming the other members of the colony, building the nest, foraging for food and tending the eggs. The workers go out of the nest to search for food sources, but are rarely out in the open. They usually pass through underground tunnels and shelter tubes, where there is sufficient moisture and humidity for survival.

Soldiers make up the defence group of the colony. They have enlarged heads and some species have distinct jaws and long snouts. These features allow them to protect the colony against attacks by ejecting poison from their snouts to incapacitate their enemies. Larger colonies have more soldiers, but younger colonies may have more workers to allow the efficient establishment of their nest.

The queen termite lays eggs individually, which are then tended by the workers. When the egg hatches, it passes through several moults and later on develops as a worker, soldier or reproductive. The reproductives undergo complete sexual organ development and their wings later appear in time for their colonising flight.

It takes about 2 to 3 months for a hatchling to mature into worker or soldier termites, but reproductives are only hatched annually. Depending on the conditions and food supply in the nest, it may also take longer for hatchlings to develop. On average, a soldier and worker termite can live between 1 to 2 years. 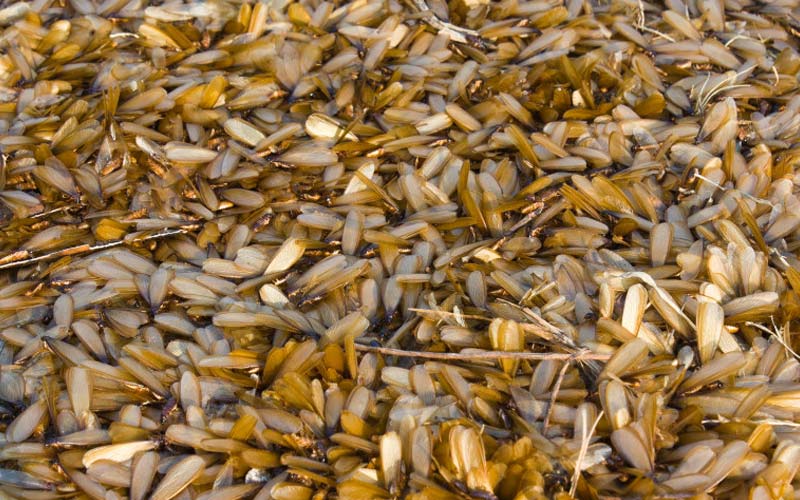 When the fully winged reproductives leave the parental colony, they begin to shed their wings and mate. Even though they travel in swarms, only a few will survive the outside conditions during the flight.

The reproductives will go on a search for a site that is conducive for building a new colony. Decaying timber or wood material in moist ground provide the ideal conditions for developing a new nest. When the pair begins to mate and workers are developed, they can dig deeper into the ground to find sustainable levels of moisture which is necessary for the survival of the colony. Although not all pairs are successful in building new nests, a new colony that is well-established can cause massive and long-term damage even to a single property.

Formation of new colonies can also occur without the need of a colonising flight. A pair of reproductives may simply split off and find a site near the main colony to create a satellite colony, making the entire colony larger as it spreads in several locations.

The workers of the termite colony are the ones that go out to search for food supply. Their diet mainly consists of products that contain cellulose, including dead wood and plant. Not all termites feed on wood, however. There are species that feed on grass, making them less harmful to structures and properties.

The workers partially digest the cellulose and is then distributed to other members of the colony. Only the worker termites have necessary protozoans in their digestive system that are able to breakdown the cellulose, which is why the other castes can only be fed after the cellulose has already been digested.

It is possible for termites to make noise that even humans can hear. In many cases, you might need an equipment, such as a stethoscope, to clearly hear the sounds they make. There are also certain species that make more noise than others. The noise usually occurs when termites are feeding on wood material, producing rattles and rustling sounds.

In a specific inspection in a pensioner’s, our technician from Termex Pest Management was able to hear the noise from the laundry window frame that was being caused by termite activities. Aside from the sound that is directly produced by termites, tapping timber materials that have been damaged by termites can also produce a hollow sound.

Termite Control and Prevention of Infestation

Inspection of a property is the crucial step to determining a potential termite infestation, as well as assessing the degree of infestation and damage it has brought about. Identifying signs such as faecal deposits, the presence of wings shed by the reproductives and the location of exit spots used for colonising flights can be useful in locating the termite nest.

After a thorough inspection has been completed, the Termex Pest Management team will provide recommendations on the most effective methods for termite control. This can include both non-chemical and chemical solutions, tailored to your specific requirements and preferences. 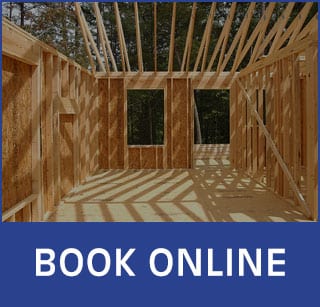